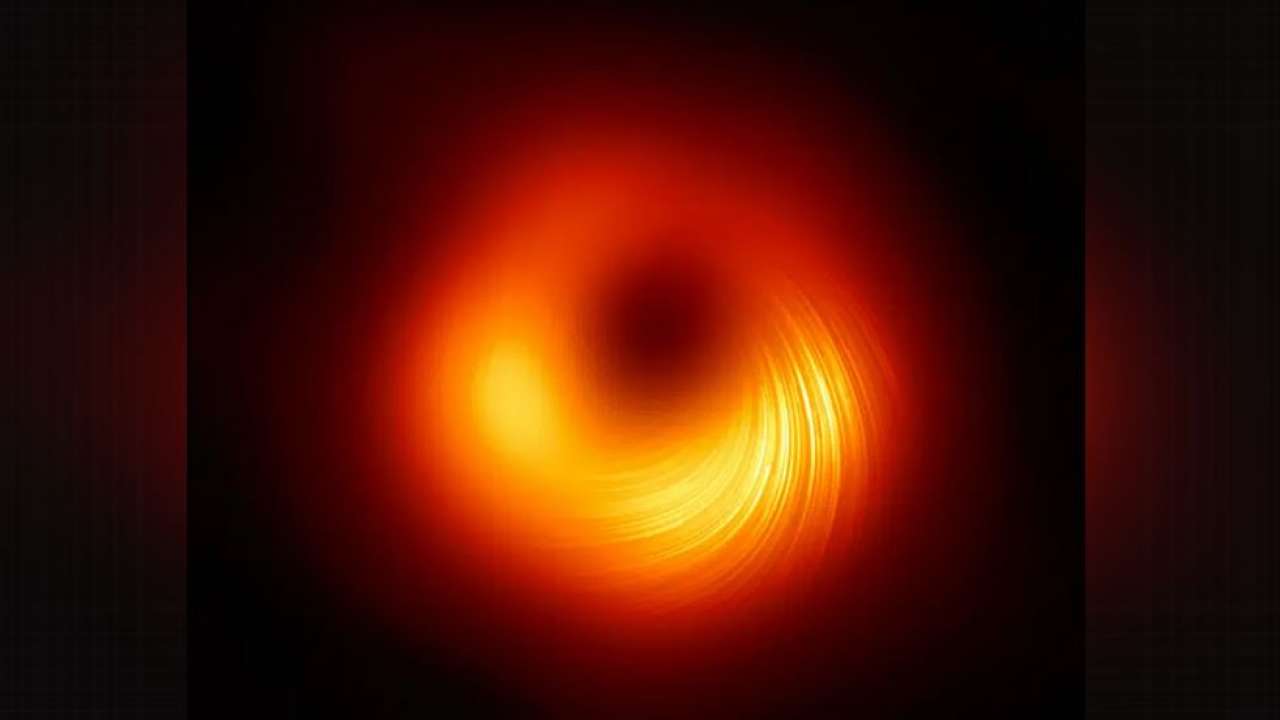 For the first time, international scientists working on the Event Horizon Telescope (EHT) have created an image showing the magnetic field around a black hole. The black hole is located in M87 galaxy.

Now the scientists have analyzed the polarization of light in the bright region around the shadow of the black hole. According to the analysis, some matter is sucked into the black hole and the other matter is blasted out in jets. This blasted out matter is hot and violent. It creates large amounts of light as the matter here is accelerated.

The conclusion of the analysis is that only presence of strong magnetic fields shall polarize this huge volume of light energy.

The new image will help to understand how powerful jets of radiation are emitted by black holes.

What is Polarization of light?

Polarization is a phenomenon caused due to the electromagnetic property of light. Light waves vibrate in more than one plane and is referred to as unpolarized light wave. On the other hand, the polarized light waves are waves in which vibrations occur in a single plane.

As light waves are electromagnetic in nature, only strong magnetic field can polarize light waves.

Messier 87 or M87 is a supergiant elliptical galaxy. It has more than 15,000 globular clusters. It is larger in size as compared to the Milky Way that has only 150 globular clusters. The M87 is one of the brightest radio sources. It was discovered by Charles Messier in 1781. It is 53 million light years away from the earth.

The Event Horizon Telescope is a telescope array that consists of a global network of radio telescopes. The main observational targets of the telescope project are two black holes. These black holes are located in Messier 87 and Sagittarius A. Just like M 87, Sagittarius A is also a radio source and is located at the Galactic Center of the Milky Way. Galactic Centre is the rotational center of the Milky Way galaxy.

The Milky Way galaxy is at its brightest in three spots. They are Sagittarius, Scorpius and Ophiuchus. The Milky Way is brighter in Sagittarius probably due to the presence of a black hole.

In 2020, Andrea Ghez and Reinhard Genzei received Nobel Prize in Physics. They discovered that black hole is the only explanation for the mass and brightness around Sagittarius A.