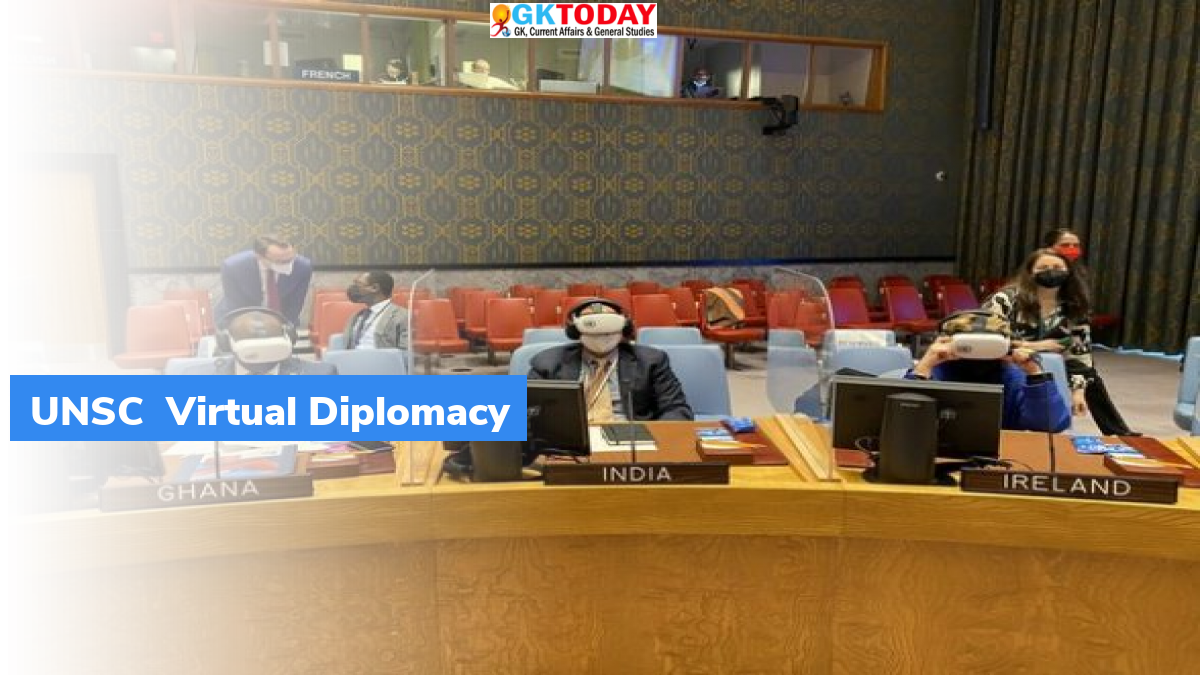 On January 20, 2022, members of the United Nations Security Council (UNSC) went on a virtual field trip to Columbia, with the help of Virtual Reality (VR) technology.

Digital diplomacy is also dubbed as Digiplomacy and eDiplomacy. It is defined as use of new information communication technologies and Internet to achieve diplomatic objectives. It focuses on interplay between internet and diplomacy.

Virtual reality is a simulated experience, which can be similar to or completely different from the real world. Applications of virtual reality include entertainment, education and business-like virtual meetings. Other types of VR-style technology include- augmented reality and mixed reality. It is an artificial and computer-generated simulation or recreation of real-life situation or environment. VR is usually achieved by wearing a headset such as Facebook’s Oculus equipped with the technology.

VRML was first introduced in 1994. It was intended to develop “virtual worlds” without dependency on headsets. Subsequently in 1997, Web3D consortium was founded, to develop the industry standards for web-based 3D graphics.

UNSC is among six principal organs of the United Nations (UN). It is charged with ensuring international peace and security. It recommends the admission of new UN members to the General Assembly as well as approve any changes to UN Charter.

UNSC comprises of fifteen members. Out of them, five are permanent members namely, China, France, Russia, United Kingdom and United States of America. Permanent members have veto power over any substantive resolution. Remaining ten members are elected on a regional basis and serve for a term of two years. UNSC presidency also rotates monthly among its members.