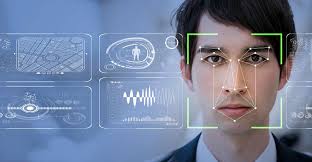 Singapore recently included facial recognition to its National Identity Database. And thereby, it has become the first country to include the technology in its national database.

The system introduced is called “SingPass Face Verification”. Though this, a number of government services can be accessed online. It provides 400 online services including public housing applications and tax declarations. The facial recognition system is compatible with tablets, computer, public kiosks and cell phones.

Singapore is addressed as one of the four Asian tigers. The other three are Taiwan, South Korean and Hong Kong.

India is at the 68th position in the Global Competitive Index. US was positioned at second place followed by Hong Kong, Netherlands and Switzerland. The 12 pillars of the index are infrastructure, institutions, ICT adoption, health, macroeconomic stability, skills, health, labour market, product market, financial system, business dynamism and innovation capability.

India became the first country to introduce Biometric Seafarer Identity Document by capturing facial biometric data of seafarers. It was launched by Ministry of Shipping.

However, there are still opposition in India to the use of biometrics as identities. This is mainly because of lack of proper, inadequate legislation on biometrics.