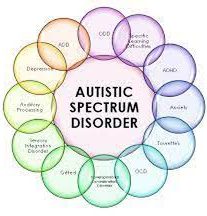 A Hong Kong based scientist has developed a method that uses the machine learning and artificial intelligence and scan the retinas of children in order to detect the early childhood autism.

The new technology can scan the retinas of children young as six years and help in identifying the risk of autism. The commercial version of the technology will hopefully be developed by the end of year 2021.

About the new technology

The new technology uses a high-resolution camera along with a new computer software. The software analyses the combination of factors such as blood vessels and fibre layers in the eye which can help in identifying the children at risk of autism. Once the risk of autism is identified, better treatment programmes can be implemented on time.

How this technology was tested?

It is a developmental disorder which is characterized by difficulties of social interaction and communication. The condition is also characterised by a restricted and repetitive behaviour. The signs of the autism are usually identified during first three years of the child. The signs of the autism are developed gradually. This disorder is associated with the combination of genetic and environmental factors. Autism is estimated to affect about 24.8 million people across the world as of 2015. As of 2017, in the developed countries, 1.5% of children are diagnosed with this disorder. This disorder occurs more often in males than in females.