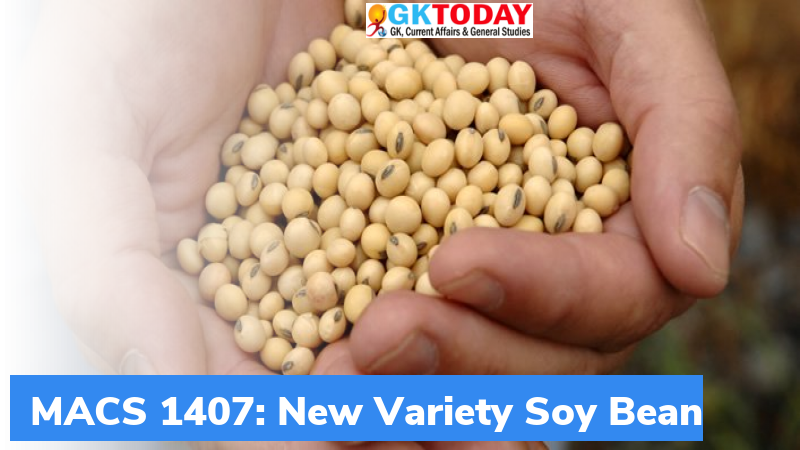 The Indian scientists recently developed a new Soy Bean variety called the “MACS 1407”. The new variety was developed by the Agharkar Research Institute of Pune along with the Indian Council of Agricultural Research.

The MACS 1407 Soybean variety is to be made available to farmers in 2022 Kharif season.