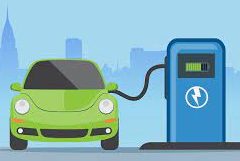 The Deputy Chief Minister of Delhi, Manish Sisodia, announced that all departments of Delhi government will now use only electric vehicles. This transition to the electric vehicles will be done within 6 months.

The Delhi government had launched its Electric Vehicle Policy in August 2020. The policy was launched in order to tackle the problem of air pollution. Under this policy, the government proposed to waive off the registration fee and road tax. The government will also be providing an incentive of up to ₹1.5 lakh for new electric cars in Delhi. Under it, 12 four-wheeler models are available and eligible to get the purchase and scrapping incentives.