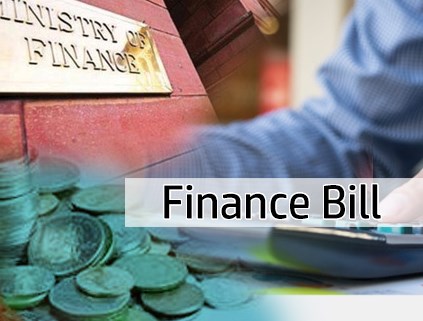 Parliament has passed the “Finance Bill 2021” on March 23, 2021. Bill seeks to bring financial proposals of central government in effect for the financial year 2021-22.

Bill was passed by lower house of the Parliament with several amendments. It proposes for some changes in proposals which were made in union budget 2021 with the objective of boosting the ease of doing business and easing compliance burden.

The bill provides 10-year income-tax exemption to National Bank in order to Finance the Infrastructure and Development. It also provides for 5-year tax exemption to the private sector development finance institutions. The exemption is extendable to another five years.  Bill amends the Finance Act, Income Tax Act, 1961; Securities Contracts (Regulation) Act, 1956; Central Sales Tax Act, 1956; Life Insurance Corporation Act, 1956  and SEBI Act, 1992. According to the bill, senior citizens who gets pension and interest income have exempted from filing tax returns. However, no changes have been made in the income tax rate.

This provision will discourage the practice of not filing returns by ‘specified person’ whose case has been deducted or collected. Further, person in whose case TDS/TCS of Rs. 50,000 has been made for past two years and who has defaulted in filing return of income then the rate TDS/TCS will be deducted at higher rates.

The minister also proposed to revise definition of small companies under Companies Act, 2013 for the small Companies by increasing their thresholds of Paid-up capital. Threshold has been increased from “not exceeding Rs 50 lakh” to “not exceeding Rs 2 crore”.