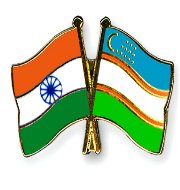 The Indian Parliament is discussing over a proposal to form a Parliamentary Friendship Group with the friendly nations in a bid to strengthen the bilateral relations.

This information was announced by the Lok Sabha Speaker Om Birla on March 16, 2021 while he was meeting the Ambassador of the Republic of Uzbekistan, Dilshod Akhatov, at Parliament. During the meeting, the Lok Sabha speaker highlighted that the “India Friendship Group” has been set up in both the Houses of the Uzbek Parliament. He further noted that, the proposal to set up a Parliamentary Friendship Group for Uzbekistan is under consideration.

India and Uzbekistan share a close friendly relation and both the countries are also strategic partners. The relation between both the nation has been steadily strengthening through cooperation in the areas such as trade, culture, politics, science, defence, humanitarian and education over the years. The strategic partnership between the countries has also reached new heights after the Prime Minister Narendra Modi visited to Uzbekistan in the year 2015 and 2016 and the President of Uzbekistan, Shavkat Mirziyoyev visited India in the year 2018 and 2019.

The countries also focus on issues such as agriculture, trade, tourism, health and renewable energy. These areas have huge potential to boost the bilateral trade.

The military cooperation between two countries also strengthening over time. The Indo-Uzbekistan Joint Military Exercise “Dustalik-II” is also a milestone to boost the cooperation.