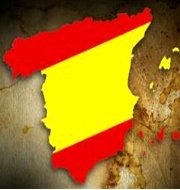 The Parliament of Spain has passed and voted in favour of law that legalises the euthanasia on March 18, 2021. Thus, the country has become one among few nations that allow the terminally-ill or gravely-injured patients to end their life.

Passing this law was the priority for Socialist Prime Minister, Pedro Sanchez’s government. This law was drafted following the public pressure which was generated due to several high-profile cases while most specific case being that of Ramon Sampedro whose situation was immortalised in Oscar-winning 2004 film titled “The Sea Inside”. Thus, the parliament voted in favour of the law. The law was passed with 202 votes in favour, 141 votes against and two abstentions in the chamber of 350-seat. Following this, Spain has become the fourth European nation which has decriminalise the assisted. The other four EU Nation include Belgium, Netherlands and Luxembourg.

The Spanish legislation will allow the passive euthanasia in which the medical staff will intentionally end a life to relieve the suffering. This will be done by halting the life serving medical treatment. The law has also allowed the assisted suicide in which the patient will carry out the procedure of ending life. In order to go through this procedure, the patient must be a Spanish national or a legal resident. The patients must also be “fully aware and conscious” while making the request. The request needs to be submitted in writing two time with the gap of 15 days. The request of the patients can be rejected by the doctor if the requirements are not met. Further, the request must be approved by the second medic and by the evaluation body.