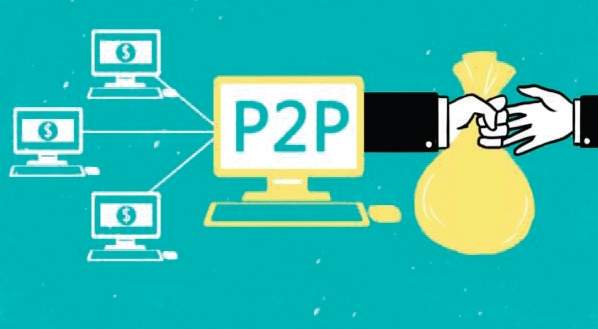 The Union Government has issued gazette notification, notifying that Peer-to-peer lending (P2P) platforms will be treated as non-banking financial companies (NBFCs) and thus regulated by Reserve Bank of India (RBI).
The notification will help P2P lenders to gain official recognition and opens new avenues for fund-raising and business expansion. It also ends the regulatory vacuum in which P2P lending firms were operating.

P2P lending is a form of crowd-funding used to raise loans which are paid back with interest. It enables individuals to borrow and lend money – without use of an official financial institution as an intermediary. It can use an online platform that matches lenders with borrowers in order to provide unsecured loans. P2P lending gives access to credit to borrowers who are unable to get it through traditional financial institution. It boosts returns for individuals who supply capital and reduces interest rates for those who use it.

P2P lending is one of the crowd-funding business model that has gathered momentum globally and is taking root in India. It promotes alternative forms of finance, where formal finance is unable to reach. It has potential to soften lending rates as result of lower operational costs and enhanced competition with traditional lending channels. If properly regulated, P2P lending platforms can do this more effectively. Though it is in nascent stage but it is not significant in value yet, but it promises potential benefits to various stakeholders (borrowers, lenders, agencies etc).

The Reserve Bank of India recently announced that the second tranche of open market purchase of Gove...

The Reserve Bank of India recently announced that it is to conduct the first Special Long Term Repo ...

The Reserve Bank of India recently constituted a Committee under the Managing Director S Janaki Rama...

RBI Guidelines for Tenure of Bank CEOs and MDs

The Reserve Bank of India recently laid down set of instructions to improve the corporate bank gover...

The Reserve Bank of India recently set up a committee to study about the Asset Reconstruction Compan...