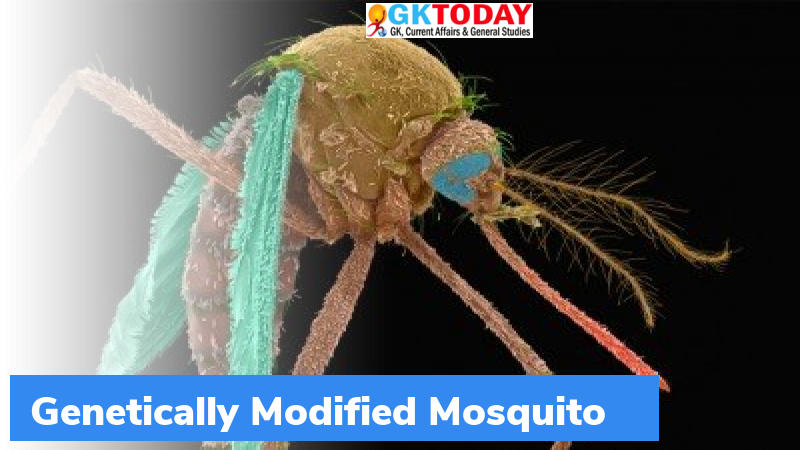 A Biotech firm in the United States, Oxitech, recently launched the most controversial field test of Genetically Modified mosquitos in Florida.

What are these Genetically Modified Mosquitos?

The Aedes aegypti mosquitos make up only 4% of total mosquito population in Florida. However, they are responsible for all diseases transmitted by mosquitos such as zika, chikungunya, dengue and yellow fever.

The researchers of Oxitech had placed the boxes containing the bioengineered mosquito eggs at six locations in April 2021. The first males are expected to hatch in May 2021. In the next twelve weeks, more than 12,000 males are to exit from these boxes every week. In the second phase, 20 million bioengineered mosquitos are to emerge over a period of sixteen weeks.

The residents of Florida were fighting against this field test over a decade now. And therefore, Oxitech launched the test trials of the mosquitos in Panama, Brazil, Malaysia, and Cayman Islands.

The Environment Protection Agency has recently approved to conduct the trials in Florida. Based on the success of the trials, it is to be extended to the entire US.