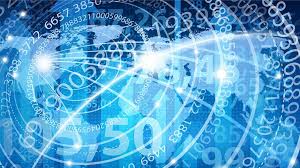 Bond-I is Ethereum blockchain bond denominated in Australian dollars, making it Kangaroo bond (referring to foreign bonds issued in Australia in local currency). World Bank had chosen Commonwealth Bank of Australia (largest bank in Austria) was chosen as sole arranger for this bond.
The bond has two-year maturity and had raised Australian $100 million (US$73.16 million) after its issuance. It was issued and distributed on blockchain platform that runs on an on private Ethereum network managed and operated by CBA and World Bank. Funds raised through it will go towards endeavours tied to World Bank’s Reconstruction and Development division for sustainable development initiatives.

World Bank has often been at forefront of financial innovation. It had issued the first globally traded and settled bond in 1989 as well the first electronic bond in 2000. The launch of blockchain operated bond is of part of World Bank’s broader strategic focus to harness potential of latest technologies. It had established Blockchain Innovation Lab in June 2017 to understand impact of blockchain and other disruptive technologies and harness their potential applications.

Blockchain is decentralized incorruptible digital ledger for storing data across peer-to-peer network. It decentralizes information without it being copied. Information is held on blockchain through shared database which can be accessed on real-time basis. This database is not stored on physical servers but on cloud, which makes it easy to store unlimited data.
Blockchain technology is not controlled by any single entity and has no single point of failure. It is transparent and incorruptible. It is kind of self-auditing ecosystem of digital value and blockchain network automatically checks every transaction that happens in it.
The most popular application of technology so far has been cryptocurrency. But it is not limited to, financial transactions and can be also used in smart contracts, supply chain management logistics, sharing economy, crowdfunding, governance, file storage and date management and Internet of Things (IoT).