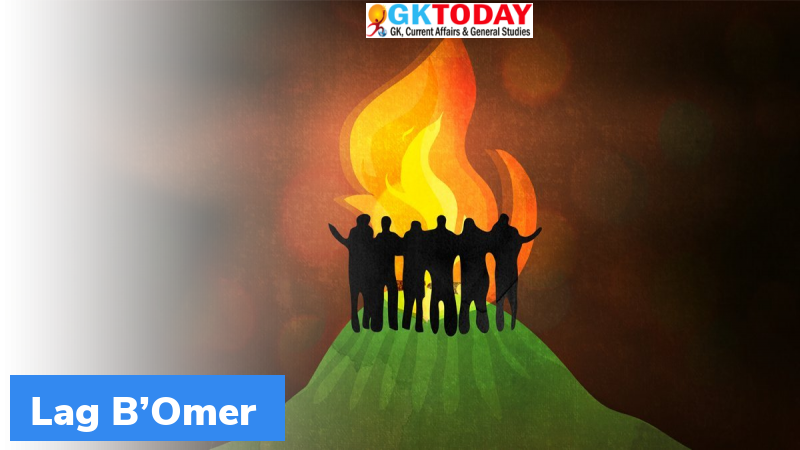 Lag B’Omer is an annual Jewish festival. It is celebrated in the Hebrew month of Iyar. The festival is celebrated on the thirtieth day of the Omer.

Recently, more than forty-four people died here due to a stampede (in Meron of Israel). They were gathered at the reputed tomb of Shimon Bar Yochai for Lag B’Omer.

The Lag B’Omer celebrations are associated with bonfires.

What are the two events commemorated by Lag B’Omer?

Lag B’Omer commemorates two historic events of the Jewish history. They are the death of Rabbi Shimon Bar Yochai and also the death anniversary of 24,000 students of Akiva Ben Yosef. The students died of plague. Akiva Ben Yosef is another Rabbi who lived in the same period as that of Shimon Bar. It was Yochai who instructed to commemorate the death anniversary of 24,000 students of Yosef during Lag B’omer.

Rabbi is a Jewish teacher or scholar. He mainly teaches Jewish law. They are generally referred to Mishnaic sage.

Mishnah is the written collection of Jewish oral traditions. It is also called Oral Torah. Mishnah was one of the earliest works of Jewish. It was written in third century.