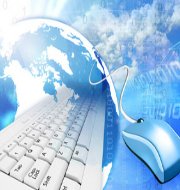 India has ranked 66th in the 2016 Global Innovation Index (GII). In this edition, India has jumped up by 15 spots from 81st position in 2015 GII.
The annual index was released by France-based international business school INSEAD and World Intellectual Property Organisation (WIPO), a specialized agency of the United Nations.
The index ranks world economies since 2007 according to their innovation capabilities using more than 80 indicators.
Key Facts