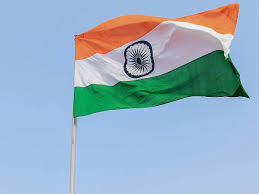 In the recently released 2020 Global Talent Competitiveness Index, India has scaled up to eight places from the previous edition ranking to the 72nd rank. The list was topped by Switzerland, which emerged as the most talent-competitive nation of the world. The second rank was held by the United States followed by Singapore, Sweden, and Denmark making the top five places in the ranking.

The Global Talent Competitiveness Index (GTCI) report has been launched since 2013, which measures the capability of the countries to compete for and retain talent. The report covers 125 economies and 114 cities and is based on the research conducted by INSEAD in association with the Adecco Group and Tata Communications. This year, the report was based on the theme of “Entrepreneurial Talent and Global Competitiveness”. Among BRICS countries, China at 42nd, Russia at 48th, South Africa at the 70th place and Brazil was ranked at the 80th place in the ranking. Among Indian neighbours, Sri Lanka (83rd), Bhutan (92nd), Pakistan (106th), Nepal (121st) and Bangladesh (124th).