IAF to Participate in Exercise Desert Flag VI in UAE 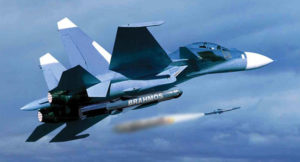 The Indian Air Force (IAF) will participate in the multinational exercise called “Desert Flag” in the United Arab Emirates. The Air Force of India will take part in the exercise along with the forces of the France and United States.

The six Indian Air Force fighter called “Su-30-MKI fighters” took their flight off to participate in the exercise in United Arab Emirates on March 3, 2021. Two C-17s fighters of the IAF would also be joining the Indian team for the exercise in order to help in induction and de-induction. The exercise would take part in the Persian Gulf region.

This is the first major multinational air combat exercise that India would take part in. This exercise is the fourth exercise in which when IAF will participate in last five years after it participated in the “Pitch Black” wargames of Australia in the year 2018, “Blue Flag” of Israel in 2017 and the “Red Flag” of America in 2016.

The “Desert Flag” exercise is a multinational exercise that involves the participation from ten countries such as France, United States (US), Bahrain, South Korea, Saudi Arabia and United Arab Emirates.  This year, the exercise will mark the involvement of countries like Jordan, Greece, Egypt and Kuwait as observer states. It will be organised in UAE. Exercise would mark the participation of the fighter jets and heavy-duty airlift aircraft. It is a three week long exercise which will be coordinated by the air warfare centre which is located at the Al Dhafra air base in United Arab Emirates.