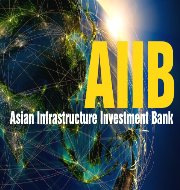 It should be noted that there are 57 founder-member countries AIIB. Seven countries were not able to sign this agreement as it was not ratified by their respective domestic authorities. The seven countries are Denmark, Malaysia, Kuwait, Holland, Philippines and South Africa and Thailand.