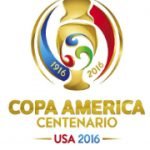 Defending champion Chile won the 2016 Copa America Football tournament by defeating Argentina in a penalty shootout.
In the final match played at MetLife Stadium, New Jersey (US) Chile defeated Argentina by 4-2 goals in the penalty shootout as in the regulation period both teams failed to score goal.
This was second Copa America title won by Chile after winning it for the first title in 2015 after defeating Argentina. With this, Chile also became the first team to win the title back to back since 1947.
Awards