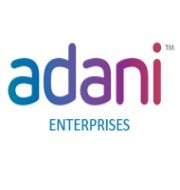 Adani Group has inked a memorandum of understanding (MoU) with Tamil Nadu Government to set up 650 Mega Watt (MW) solar power plant in Ramanathapuram district.
The group will set up five solar power units at a cost of 4,536 crore rupees. Around 70 per cent of the investment will be through internal accruals, while the reaming investment will be from institutional investors and debt.
The construction process of project is expected to begin in July 2015 and it will be operational by February or March 2016.
The entire power produced from the project will be purchased by Tamil Nadu Generation and Distribution Corporation Ltd (Tangedco) at cost of 7.01rupees per unit for the next 25 years.
It should be noted that this plant will help state to meet its solar power target set it solar energy policy launched in 2012. Till date Tamil Nadu government has signed agreements with 32 private players for purchasing 1,084 MW.
Besides Tamil Nadu, Adani group is setting up solar plants different states across India including in Rajasthan (5,000 MW), Jharkhand (10,000 MW) and Gujarat (5,000 MW).