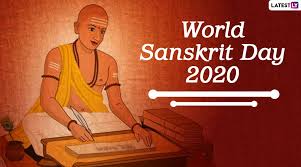 Sanskrit Diwas was celebrated on August 3 in order to recognize one of the oldest languages in the world. It is also known as ‘Vishvasamkritadinam’ and is observed on the Poornima (full moon) of the ‘Shravana’ month and it is mainly about the promotion of this ancient Indian language. This year, it fell on August 3.

It is a non-profit organization that is working on the revival of Sanskrit language, which was the pan-Indian language during the Vedic period. However, with the passage of time, it lost its significance to the modern deviations and regional dialects.

Most of the present Indian languages have developed from Sanskrit language only and it is also believed that something expressed in Sanskrit in one word needs four to six words to be expressed in the English language. It is also a known fact that most of the words in the English language have their origins in the Sanskrit language. We can take for example the words ‘bangle’, derived from ‘bangri’ in Sanksrit, sugar from ‘sakara’ in Sanskrit, etc. Greek and Latin languages are also related with Sanksrit.

Besides celebrating the language, the day speaks of the importance of learning and knowing it well, despite it not as widely spoken as in ancient times. The main objective is to make the younger generation interested in this rich language so that they can get insights regarding our ancient literature which is in Sanskrit, primarily.