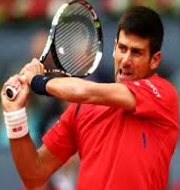 Former world number one Novak Djokovic from Serbia won 2018 US Open title of tennis in men’s singles category by defeating Argentina’s Juan Martín del Potro (world no 3).  It was Djokovic’s third US Open title and overall 14th Grand Slam title. With this win, he equalled Pete Sampras’ haul of 14 Grand Slams. Further, he became seventh man to win US Open singles title at least thrice in the Open Era.

It was the 138th edition of tennis’ US Open held on outdoor hard courts at USTA Billie Jean King National Tennis Center in New York City. It was fourth and final Grand Slam event of the year. Rafael Nadal and Sloane Stephens were defending champions in the men’s and women’s singles events, but they were unsuccessful to defend their titles in this edition of tournament.