What Immunization Programme Mechanism will GoI use to distribute COVID-19 vaccines? 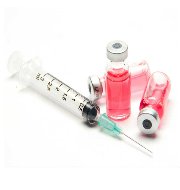 The Government of India is to use the Universal Immunization Programme mechanism to distribute covid-19 vaccines in the country. This was announced by the Union Health Minister Harsh Vardhan during his address in the Lok Sabha.

The Mission was launched in December 2014. It aimed to fully immunize 89 lakh children in the country who are partially vaccinated or unvaccinated under the Universal Immunization Programme. The mission provides vaccination against seven diseases namely whooping cough, diphtheria, tetanus, tuberculosis, polio, Hepatitis and measles. The program is also providing vaccination against haemophilus influenza and Japanese encephalitis in certain districts of the country.

Under the mission the immunization coverage was increased to 6.7 % per year. Earlier it was 1 % per year.

The mission was launched in 2017 to reach children and pregnant women who were left out of the routine immunization programme being implemented in the country. The mission targeted on urban areas which was one of the major gaps of mission indradhanush. The areas under the mission were selected through data that were available under World Health Organisation, health management information system and national surveys.