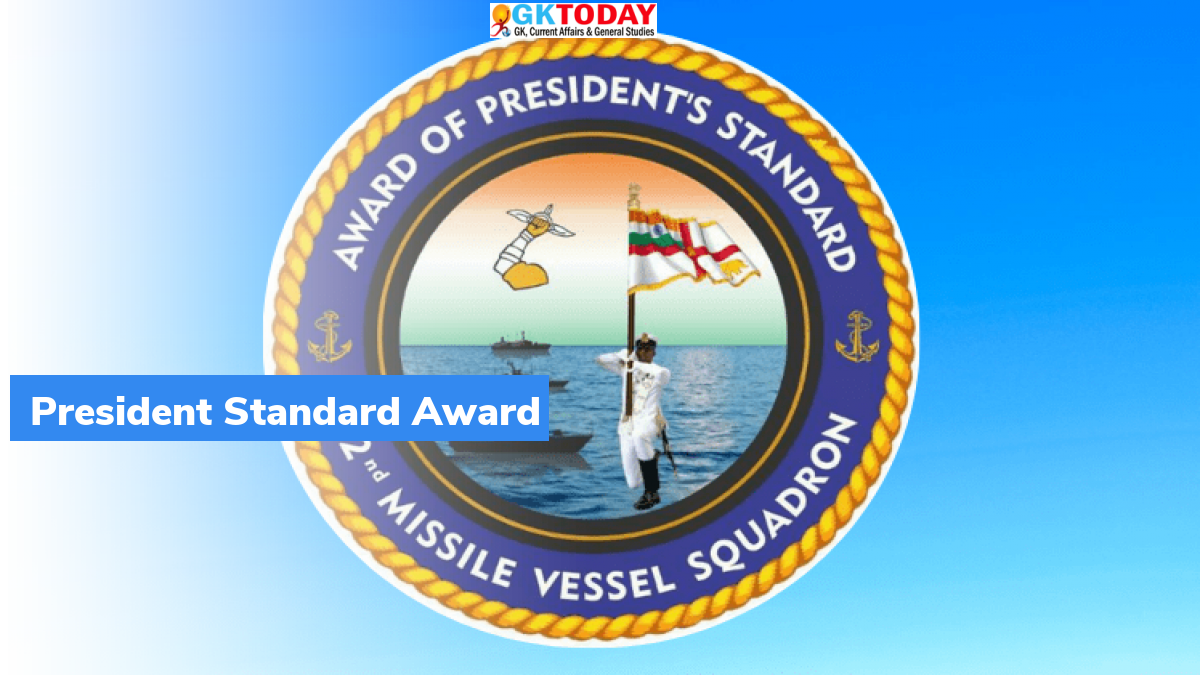 The 22nd President’s Standard Award was presented to the 22nd Missile Vessel of the Indian Navy. During the 1971 India – Pakistan War, the vessel bombed the Karachi port and sunk Pakistani ships. It is being awarded in 2021 as this year marks the 50 years of successful deployment of the squadron.

What is President’s Standard?

What are the achievements of Missile Vessel Squadron?

The 22nd Missile Vessel Squadron is also called “The Killer”. This is mainly for its brave actions during Operation Trident. The peration was launched on the night of December 4-5, 1971. During the operation, Pakistan lost destroyers, minesweepers and cargo vessels carrying ammunition and fuel storage tanks. India celebrates Navy Day on December 4 commemorating this operation. There were no damages to the Indian forces during the operation. The 22nd missile vessel squadron had a major role in the success and thus earned the name “KILLERS”.

2021 marks the 50th anniversary of India’s victory in 1971 India – Pakistan war. Thus, India is to celebrate the year as the Swarnim Vijay Varsh.

What is the Presidential Standard of India?

The Missile Vessel Squadron was formally established in 1991. Around ten Veer class ships and three Prabal class missile boats were added to the squadron. However, its genesis dates back to 1969. It started with the induction of OSA I class USSR missile boats in the Indian Navy. These missile boats were transported to India and were deployed in 1971 war. These boats were baptized before that played a decisive role in 1971 war.

Ships that participated in Operation Trident