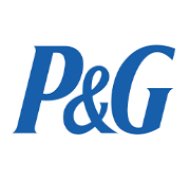 Procter & Gamble (P&G) has appointed its company veteran David Taylor as the new CEO by replacing A G Lafley on 29 July 2015.
However, A G Lafley the existing CEO who has led the P&G from 2000 will remain as the chairman of the company.
The world’s largest household products maker P&G has appointed new CEO in wake of sluggish sales in developed countries. And recently has also announced to sell off its 40 brands to the perfume maker Coty Inc for USD 12.5 billion.
About David Taylor:
David Taylor is with the P&G for last 35 years, who had joined in 1980. He has been the group president for global health & grooming business since 2013 and has served the company as in managerial role across the globe.
About Procter & Gamble (P&G)
P&G is a publicly traded world’s largest American multinational consumer goods maker company based at Cincinnati, Ohio, U.S. It was initiated by two British business men William Procter and James Gamble in 1837.
Currently it has over 23 Billion Dollar Brands that serves nearly 5 billion people around the world. It world famous brands are Gillette, Olay, Ariel, Oral-B, Head & Shoulders, Tide, Pampers, Vicks, Whisper, Pantene and many more.