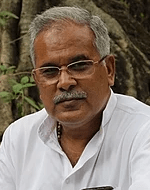 Chhattisgarh Assembly passed an amendment Bill to invalidate the Centre’s recently-notified agriculture legislations in one day session. The Assembly passed the Chhattisgarh Krishi Upad Mandi (Amendment) Bill 2020. It gives strength to the state government to control all agricultural produce markets.

What are Deemed Markets introduced in the bill?

The state government has launched the concept of deemed market. It gives state agencies control over these. Deemed markets would comprise of cold storage, silos, warehouses, electronic trading and transaction platforms. With the amendment, the state government desires to limit the entry of any corporate or private entity as it would control all these operations. Simultaneously, if a private entity enters into agreement with farmers, it would have to submit its accounts and stocks to state scrutiny.

The state consists of eighty percent small and marginal farmers. The small and marginal farmers do not have the capacity to bargain on its prices in the market and to store food grains. Therefore, it became necessary to establish ‘Deemed Mandi (Market)’ and electronic trading platform. It benefits farmers so that they can get the right price for their produce without being impacted by market fluctuations.

What are the key provisions of the bill? (Include only the content under the heading KEY PROVISIONS)

The key provisions of the Chhattisgarh Agriculture Produce Market (Amendment) Bill, 2020 include formation of deemed mandis (including acquisition of private produce markets as deemed markets) and electronic payment systems as necessary.

What are the three farm bills passed by the centre?

The three farm bills passed by the centre are The Farmers (Empowerment and Protection) Agreement on Price Assurance and Farm Services Bill, The Farmers’ Produce Trade And Commerce (Promotion And Facilitation) Bill,and The Essential Commodities (Amendment) Bill.

Why were the farm bills passed?

The farm bills were passed: