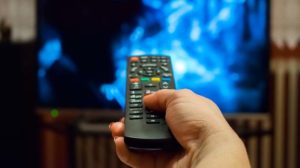 The Ministry of Information and Broadcasting is to set up a committee to review the existing guidelines of Television Rating Agencies. The committee has been formed with four members under the chairmanship of CEO of Prasar Bharti Sashi Shekar Vempati. The other three members of the committee include Rajkumar Upadhyaya (Executive Director of C-Dot), Dr Shalabh, Professor of Statistics from IIT Kanpur and Professor Pulak Ghosh of Decision Sciences Centre for Public Policy.

The Government of India recently released the TRP Guidelines after a detailed analysis of parliamentary committee. These guidelines were based on the recommendations made by the Telecom Regulatory Authority of India. The guidelines aim to strengthen the procedures for transparent rating system and make technological advancements.

Functions of the Committee

The Committee is to carry out an appraisal system. Also, it will examine the TRAI recommendations that are being notified time to time. It will also look after the overall scenario and address the needs of the stakeholders.

What is TRP rating?

The Mumbai Police in October 2020 busted a racket of fraudulent manipulation of Television Rating Points that involved three channels including Republic TV of Arnab Goswami.

How is TRP calculated?

The BARC (Broadcast Audience Research Council) installed BAR-O meters in over 45,000 empaneled households. They are classified into 12 categories under the “New Consumer Classification System” (NCCS) that was adopted by BARC in 2015. When a person tunes in on a channel (selects a channel in the remote), his ID gets registered along with duration for which the channel was watched. Also, the viewer age, socio-economic group gets registered.

If the broadcasters learn about the households where the devices are installed, they can either bribe the multi-system operator or the cable operator to ensure that their channel is available as the landing page when the TV is turned ON. When the samples (households) are smaller, the manipulation becomes easier.