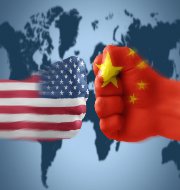 The US Government recently imposed FDPR to limit China’s access to advanced computer chips and chip-making equipment, which are used for military modernization and development of weapons of mass destruction.

What is Foreign Direct Product Rule?

The Foreign Direct Product Rule (FDPR) was introduced in 1959 by the US government to control the trading of the US technologies. It prevents and regulates trade of products (including those made in foreign countries) that were made using US-made technology and software. It mandates country-based licensing requirements and list-based restrictions apart from imposing traditional export controls to weaken the FDPR targeted countries’ ability to obtain critical items produced from US-origin technologies.