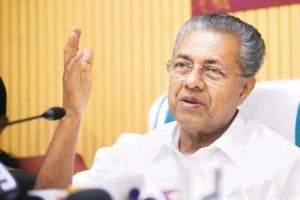 On July 1, 2020, Kerala announced “Dream Kerala Project”. The project is being rolled out to tap potential and experience of those returning from abroad.

According to the Government of Kerala, Rs 85,000 was sent by the expatriates in 2018. This has touched now touched Rs 1 lakh crore. Their remittances in banks amount to Rs 1,69,844 crores. The state enjoys high per capita income mainly because of the remittances sent by these expatriates.

The project will aim at overseas Indians returning from abroad losing their jobs. The potential of these persons will be used by the project. The expertise, experience of these persons will help in improving the economy of the state. The state is to form a committee comprising of young civil service officers to give expert advice in implementing the scheme.