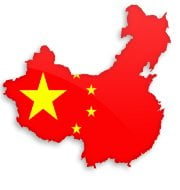 China is to set up a “National Security Agency” in Hong Kong. The Agency will oversee the implementation of new law that aims to crack the dissent in the city.

What is the new security law?

The new Security law allows Hong Kong to enjoy legislative, executive and judicial power. However, it bars its powers in defence and foreign affairs. The law also allows National Security organs of China to set up institutions and operate formally.

Hong Kong came under Chinese rule in 1997. It is home to second highest number of billionaires in the world. It ranks fourth in the United Nations Human Development Index. Also, Hong Kong ranks sixth in Global Financial Centres Index.

The Hong Kong residents have been protesting several times to protect their basic law reforms since 1997. The major protest occurred in 2003 when Hong Kong Government first tried to enact the National Security Law. Around 1 lakh city residents took part in Umbrella revolution in the protest against democratic reforms in 2014. The largest protest took place in 2019 when an extradition law was proposed.