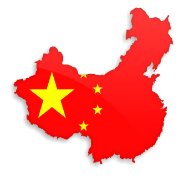 China recently declared victory in its 8 years drive to eradicate extreme poverty. In 2012, the Chinese leadership had sought to achieve a ‘moderately prosperous’ society by focusing on its rural areas. It has maintained a ‘national list of impoverished counties’. The campaign involved massive mobilization of state resources and relocation of people from remote villages to new settlements closer to urban centres. Cash handouts for the elderly and disabled and job finding schemes for the unemployed are also part of the campaign.

In 2015, China set a deadline of 2020 to eradicate poverty in China. In order to achieve this, they held campaigns, developed local industries, education, healthcare. The campaign mainly opposed corruption and thereby relived poverty. This campaign is called Anti-Poverty Campaign.

In the last 40 years, more than 850 million Chinese were taken out of extreme poverty. In past five years, the campaign helped 68 million rural people to move out of poverty. This led to the decline of national poverty rating from 10.2 to 3.1 percent.

Under the strategy, the following plan was implemented