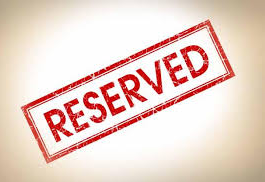 The Union Cabinet approved the extension of the practice of seat reservation for scheduled castes and scheduled tribe. The reservation of seats in the Lok Sabha and the State Assemblies was to expire in 2020. The cabinet approved extending the practice for another 10 years (till 2030). The Constitution provides for reservation of 84 seats for the SC members and 47 seats for ST members in the Lok Sabha. This is among the 543 seats. This is according to the provisions of article 334 of the constitution. The article’s original provision was that the reservations were to cease by 1960. However, the practice has been extended by various constitutional amendment acts (8th, 23rd, 45th, 62nd, 79th and the 95th Acts). The 95th Constitutional Amendment Act provided that the reservations end on January 25th, 2020.

The cabinet panel also decided to do away with the reservation of seats for Anglo-Indian community for the ‘time being’. The panel’s report found that the community was doing well and didn’t need special representation as put down by the article 334. The constitution provides for reservation of 2 seats for Anglo-Indian community- to be nominated by the President- in case of inadequate representation.