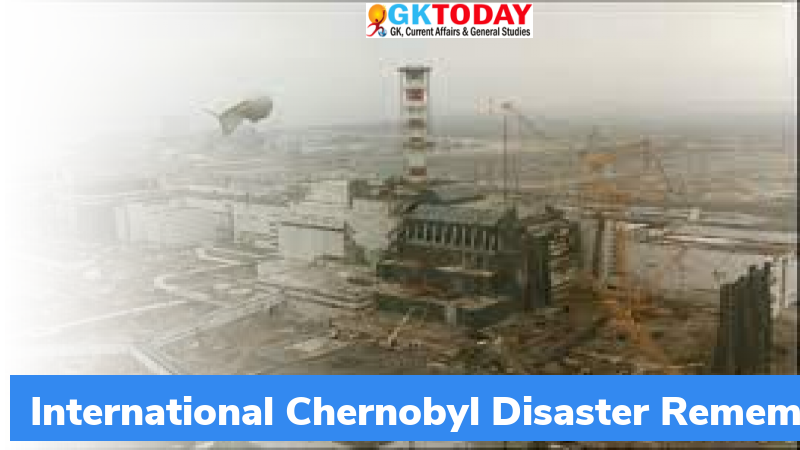 Every year on April 26, the International Chernobyl Disaster Remembrance Day is being observed. The day was proclaimed by the United Nations and was first observed in 2016.

The International Chernobyl Disaster Remembrance Day was first observed on the 30th anniversary of 1986 nuclear disaster. It is being marked to increase awareness about the risks of nuclear energy in general.

On April 26, 1986, the Chernobyl Nuclear Power Plant in today’s Ukraine faced a fore explosion. The reactor began to emit radioactive materials. Though, the casualties are minimal, the radioactive materials are still present in the atmosphere and are posing challenges to human survival in the region. Due to the accident, several children even today are facing thyroid, cancer in the regions of Ukraine, Russia and Belarus.

The fire explosion spread huge radioactive cloud over Russia, Ukraine and Belarus. More than 8.4 million people were exposed to radioactive waves. In 1991, the Chernobyl Trust Fund was created by the United Nations. It is now being managed by the OCHA-Office for the Coordination of Humanitarian Affairs.

The United Nations that was formed for world peace after second world war is keen in addressing nuclear issues after the Hiroshima and Nagasaki incident. The United Nations launched the International Chernobyl Research and Information Network. The network provides support to the national, international and public programmes that aim at sustainable development of these territories.