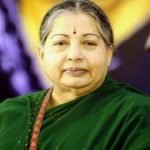 Tamil Nadu Chief Minister J Jayalalithaa passed away at the Apollo Hospitals, Chennai following cardiac arrest. She was 68.
Jayalalithaa was one of the country’s most articulate and determined political personalities and a top film actress of the 1960s and 1970s. She was famously known as Puratchi Thalaivi Amma (revolutionary leader) or Amma.