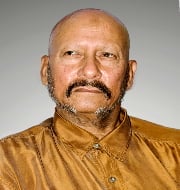 India’s former wicket-keeper batsman Syed Kirmani has been nominated for prestigious BCCI-instituted Col. C.K. Nayudu Lifetime Achievement Award 2015.
He was conferred with the award for his contribution to Indian cricket. He was a member of the Indian team that won the World Cup in 1983 for the first time.
Background
Syed Kirmani was selected for this prestigious award by the Awards Committee of BCCI consisting of BCCI President Shashank Manohar, Secretary Anurag Thakur and N Ram, former Editor-in-chief of The Hindu Group.

The award has been instituted by BCCI to celebrate the birth centenary of Col. Cottari Kanakaiya Nayudu, the country’s first Test captain. The annual Lifetime Achievement Award honours individuals for their unparalleled contribution to Indian cricket on and off the field. The Award comprises a trophy, citation and cheque for 25 lakh rupees.