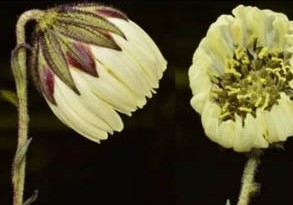 A group of scientists of three institutes have discovered a new species of alpine plant in the Tawang district of Arunachal Pradesh. The details were published in Biodiversitas: Journal of Biological Diversity.

About the New Alpine Plant Species

The plants that grow in the alpine climate. Many of the plant species and taxon grow as a plant community in such alpine tundra including perennial grasses, forbs, sedges, mosses, cushion plants and lichens. These plants are adapted to harsh alpine climatic of environmental conditions such as dryness, low temperatures, wind, drought, ultraviolet radiation, poor nutritional soil and a short growing season.

Typical weather for the regions that occurs above the tree line. It is also called as the mountain climate or highland climate.

It is the edge of habitat at which trees are capable to grow. Tree line is found at high elevations and high latitudes. It the line beyond which the trees cannot tolerate environmental conditions like extreme snowpack, cold temperatures, or associated lack of moisture.

It is the smallest districts out of the 16 administrative districts of Arunachal Pradesh. It has a population of 49,977 which makes the state as eighth least populous district in India. This district is inhabited by the Monpa people.