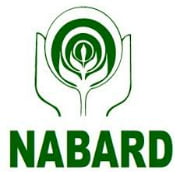 National Bank for Agriculture and Rural Development (NABARD) got accredited by the Green Climate Fund as a national implementing entity for undertaking climate change related projects in India.
In 2010 the United Nations Framework Convention on Climate Change (UNFCCC) had set Green Climate Fund (GCF) to help developing countries to finance clean energy projects other mitigation efforts and adaptation to climate change.
Accordingly NABARD is the only national implementing entity in the country for undertaking climate change projects.
NABARD will get funds in the form of concessional loan or in form of grant or through other modalities approved by the GCF Board.
In line of this NABARD has submitted a proposal to GCF for financial support on ‘Mitigating climate change and enhancing adaption for farmers through agro-forestry project set by Haryana Government.
Haryana government Project:

Carbon Sequestration:
It is the process of capturing and long-term storage of atmospheric carbon dioxide through physical, chemical or biological processes. Co2 is artificially captured and deposited in a reservoirs or carbon sinks.