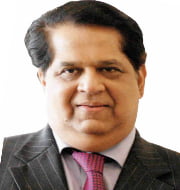 Eminent banker Kundapur Vaman Kamath was appointed as first President New Development Bank (NDB) of BRICS nations.
He will have of five year term after the bank becomes operational within one year.

Note: BRICS nations comprise 40 per cent of the world’s population and accounts for nearly US $ 16 trillion in GDP.

The first BRICS Employment Working Group was held virtually. It was hosted by India. India assumed B...