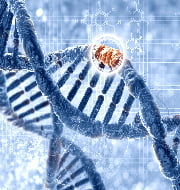 National Wildlife Genetic Resource Bank was inaugurated at Centre for Cellular and Molecular Biology’s (CCMB) Laboratory of Conservation of Endangered Species (LaCONES) facility in Hyderabad, Telanagana. It is India’s first genetic resource bank where genetic material will be stored for posterity which will further the cause of conservation of endangered and protected animals.

It is equipped with sophisticated equipment to preserve the genetic resources that could be utilised to virtually resurrect an animal species in case it goes extinct. It will cryopreserve living cell lines, gametes and embryos of endangered wild animal species in India. For cryogenic preservation, researchers at CCMB-LaCONES will use liquid Nitrogen that is cooled down to as low as minus 195 degrees Celsius.
It will aid wild life conservation efforts by taking up artificial reproduction, conducting studies in evolution biology and wildlife medicine. Thus, it will also help in protecting India’s biodiversity and environment. So far this bank has collected and preserved genetic resources of 23 species of Indian wild animals.

To develop this facility, CCMB researchers had conducted detailed study of Frozen Zoo, San Diego Zoo, US, which is considered as world’s largest and most diverse genetic bank of living cell cultures, oocytes, sperms and embryos of extinct and endangered species. CCMB-LaCONES is only laboratory in India that has developed methods for collection and cryopreservation of semen and oocytes from wild animanls and successfully reproducing blackbuck, spotted deer and pigeons. LaCONES has developed universal DNA based marker for identification of wild animals from parts and remains. It also has DNA banking of more than 250 species of mammals, birds and reptiles.