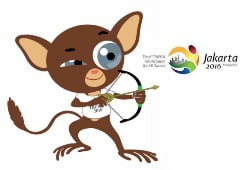 Four Indian wrestlers have won four medals individually including a gold medal, at the sixth edition of the TAFISA World Games held in Jakarta, Indonesia.
Wrestler Dalmiya had won gold medal in 60kg category by defeating Azerbaijan’s Muhammad Sahan by 4-1 points in the final match.
Other medal winning Wrestlers are

About Association for International Sport for All (TAFISA)

The TAFISA is the leading international Sport for All organisation with more than 260 members in over 150 countries on all continents. Its vision is to achieve an Active World by globally promoting and facilitating access for every person to Sport for All and physical activity.