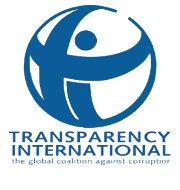 India has been ranked 76th out of 168 countries in the recently released 2015 Corruption Perception Index (CPI).
The 2015 CPI was the 21st edition of the annual index and was published by the Berlin-based corruption watchdog Transparency International (TI).
Key facts

Since 2012, the CPI methodology has been updated to provide for year-over-year precise comparisons.  The watchdog uses data to compile the perceptions of the scale of public sector corruption from international institutions like World Bank, the African Development Bank and business school IMD etc.