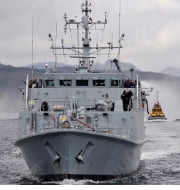 On June 27, 2020 India and Japan held Naval Exercises in the Indian Ocean amidst the LAC stand off between India and China.

Just before the exercise, the same vessels participated in the Navy Drill that was conducted with the American ships in the South China sea.

Japan had become a regular participant of the Malabar exercise since 2015. The Malabar Naval Combat Exercise is now conducted between India, Japan and the US. All the three countries are concerned about China’s aggressive moves in the Indo-Pacific region.

The next Malabar Exercise is to be held in Bay of Bengal later in 2020.

Dharma Guardian is an annual joint exercise that is being conducted between India and Japan since 2018.