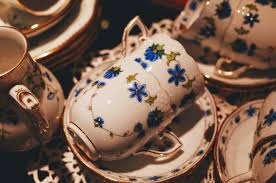 The Union Finance Ministry (Department of Revenue) has imposed anti-dumping dutyon import of ceramic tableware and kitchenware from China in bid to protect domestic producers. Both items will attract anti-dumping duty of $1.04 per kg, making the imports expensive. The protectionist measure against cheap Chinese import was based recommendation of Directorate General of Anti-Dumping and Allied Duties (DGAD), Ministry of Commerce and Industry.

All India Pottery Manufacturers’ Association (AIPMA) and Indian Ceramic Society had approached DGAD for imposition of levy on cheap imports of above items from China. They had alleged that these goods were being dumped into India at cheap prices and consequently causing injury to domestic industry.

It is an import duty imposed by government on imported products which have prices less than their normal values or domestic price. Thus, it is protectionist and counter import measure used by country under multilateral World Trade Organisation (WTO) regime to protect its domestic producers and market from below-cost/cheap imports. It varies from product to product and from country to country. In India, anti-dumping duty to be levied is recommended by Union Ministry of Commerce (i.e. by DGAD), while the Union Finance Ministry imposes it. So far, India has initiated maximum anti-dumping cases against “below-cost” imports from China.