EU calls for ceasefire in Afghanistan 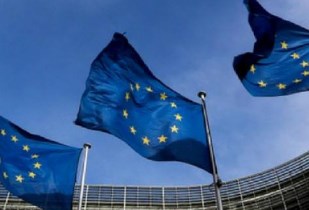 The officials of European Union (EU) have called for a ceasefire in Afghanistan, stating that the breakdown in talks between United States and Taliban presented an opportunity to push anew for a truce (an agreement to end the fighting). In September 2019, citing a Taliban attack that killed a US soldier, US President Donald Trump declared talks with insurgents ‘dead’.

A ceasefire called by EU would be a token, a guarantee of goodwill and good preparation for normalisation of these relationships. EU also believes that in coming months, Taliban might return to power in one form or another so the move would would entertain a truce to help normalise future relations with European bloc.

EU special envoy for Afghanistan, Roland Kobia, stated that the US-Taliban talks’ collapse provide a chance to push for a ceasefire and is the right moment and right opportunity to go one step ahead of a simple reduction in violence and explore ways in which ceasefire will take place.

European Union officials stated that US can reduce its force in Afghanistan to 8,600 without hurting counterterrorism fight against Al-Qaida and Islamic State group. US has nearly 4,000 American troops in Afghanistan as part of US-led coalition. Moreover, the aim is to still get a peace agreement at some point and any withdrawal would happen as part of a peace agreement with Taliban.