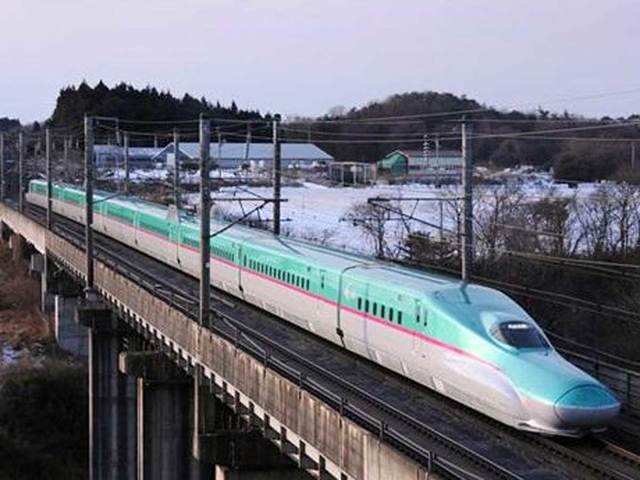 It is a 508-kilometre project. It is executed by National High-Speed Rail Corporation Limited. The financial and technical assistance to the project is provided by the Japanese Government. The estimated cost of the project is Rs 1,08,000 crores.

The E5 Series Shinkansen prevents “Tunnel Boom”. Tunnel boom are noises produced due to uneven air pressures as the train enters a tunnel at high speed. It has a full bogie cover that soft to reduce the aerodynamic sound. The train carries sound absorbing materials underneath to absorb the mechanical noises produced due to running of the train. It uses only one Pantograph device unlike the previous models. These devices help to reduce the noise levels further.

As a train goes into a curve, it produces Centrifugal force towards the outside of the curve. By tilting the train this force is balanced and the passenger discomfort is reduced. This is called Body Tilting system in a train.