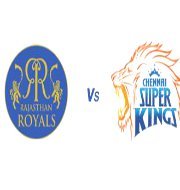 Two major Indian Premier League teams Chennai Super Kings (CSK) and Rajasthan Royals were suspended from the cricket league for two years.
Decision in this regard was taken by a Supreme Court-appointed three-member committee headed by former Chief Justice of India R M Lodha.
Both of the teams were banned in regards to betting activities of their key officials Gurunath Meiyappan and Raj Kundra during the 6th edition of  i.e. 2013 season of IPL. This decision has put a spanner on the high-profile T20 league, which had begun in 2008.
Background
The IPL spot-fixing scandal had broken out in 2013 after the Delhi Police arrested Rajasthan Royals cricketers S Sreesanth, Ankeet Chavan and Ajit Chandila. They were allegedly for indulging in betting and spot-fixing during then 6th edition of IPL.
Later Supreme Court had constituted Committee headed by former Chief Justice of India R M Lodha to look into this matter. In January 2015, the Committee in its terms of reference being to announce the quantum of punishment against Meiyappan, Kundra and the two franchisees CSK and Rajasthan Royals.