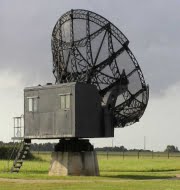 China has claimed that it has successfully developed and tested a radar system that uses quantum entanglement to beat the stealth technology of modern military aircrafts.
This first Chinese quantum radar was developed by the Intelligent Perception Technology Laboratory. Prior to it, US was only the country stealth-defeating quantum radar.
Key Facts