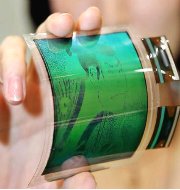 Chinese researchers have developed world’s first graphene electronic paper that will catapult the material to a new level.
It was developed by The Guangzhou OED Technologies in partnership with a company in Chongqing Province of China.
Key facts