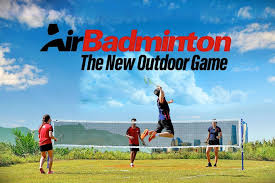 The Badminton World Federation (BWF) has launched two new formats of badminton game namely, AirBadminton and Triples. In contrast to traditional competitive badminton which is an indoor game the Airbadminton is an outdoor game.