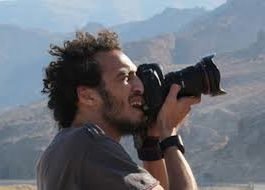 Jailed Egyptian photojournalist Mahmoud Abu Zeid, popularly known as Shawkan, will be awarded United Nations Educational, Scientific and Cultural Organization’s (UNESCO) World Press Freedom Prize for year 2018. He was arrested in August 2013 for covering deadly demonstration at Rabaa Al-Adawiya Square in Cairo (Egypt’s capital) between security forces and supporters of ousted Islamist president Mohammed Morsi. He is one of 700 defendants facing charges of killing police and vandalising property during the clashes.

The award was established in 1997 by United Nations’ cultural body UNESCO’s in honour of Colombian journalist Guillermo Cano Isaza. It honours person, organization or institution for their outstanding contribution to the defence and promotion of freedom of press anywhere in the world, especially achieved in face of danger. The award carries cash prize of $45000 and is funded by Colombia based Cano Foundation and Finland based Helsingin Sanomat Foundation. Guillermo Cano Isaza was a Colombian journalist who was assassinated on 17 December 1986 in front of the offices of his newspaper, El Espectador in Bogota.

International Day of Light: May 16

Every year, the International Day of Light is celebrated on May 16 by UNESCO and several other inter...

The researchers of Poland recently discovered the first embalmed pregnant woman. This is the first t...

The Table Mountain National Park is located in Cape Town of South Africa. Recently, a fire caught in...