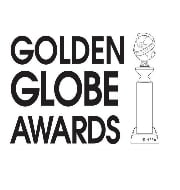 The 75th Annual Golden Globe Awards honored the best in film and American television of 2017. The ceremony was organized at Beverly Hills, California, United States (US). The Golden Globe Awards are the annual awards that honour the best in Motion Pictures and American Television for the previous year.
This year The Shape of Water had received most overall nominations of show with seven, while Three Billboards Outside Ebbing, Missouri and Big Little Lies both won most awards with four each.

Winners of various awards are as follows: